Obsession, Addiction, and reading a book about both

The wheel was spinning. Sweat was dripping. And I couldn’t stop grinning. I 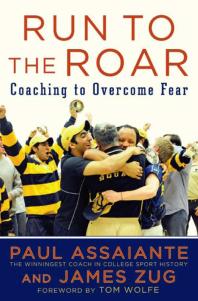 was back in the saddle again—as they say—and loving it. Between Christmas and New Year’s, I’d put over one thousand miles on my pick-up truck, but very few on me. I’d skied some rare powder in Vermont, played a few fun games of squash in Massachusetts, and hiked up a flight or two of stairs at a museum in Boston, but nothing was all out, lungs bursting exertion. And I just wasn’t feeling like myself. Until I got back on a bike, pedaled as hard I could, and my view of the world immediately improved.

Some may rack this up to endorphins­­—those happy little neurotransmitters that are released during moderate to strenuous exercise and give you a nice blissed-out feeling. But I think it’s more complicated than that. I think it may be an addiction.

I looked up ‘addiction’ when I got home after spinning class. “Being abnormally tolerant to and dependant on something that is psychologically or physically habit forming.” Well, being active in some way every day is a habit with me, and I do feel psychologically better when I do it. But am I ‘abnormally’ dependant on it? And is that necessarily a bad thing? After sitting at my desk all day or slouching around my apartment, it feels great to lunge and stretch and whack the hell out of a ball, flushing out the dregs of the day and replacing them with something better. Sometimes it’s the warm buzz of utter exhaustion. Sometimes it’s revved up energy after a sluggish afternoon. Whatever it is, I always feel happier at the end of the workout than before.

I’ve had addiction on my mind lately, having recently read Run to the Roar: Coaching to Overcome Fear by Paul Assaiante and James Zug.  Assaiante, if you did not know, is the coach of the men’s squash team at Trinity College. He basically took a so-so team and turned it into one that no other team (including all the Ivies)  could beat . . . for twelve years! You might think that Coach Assaiante is addicted to coaching and you might well be right (the book goes way beyond its subtitle). But the main addiction running through this book belongs not to Assaiante, but to his oldest son and his ongoing struggle with drugs. I didn’t expect to read such a personal travail in a book that at first glance seems to be about some amazingly talented kids and their equally gifted and dedicated coach. But it turned what might’ve been a merely inspiring tale into one that is also troubling, and soul-baring, and brave.

Without giving too much away, while Coach Assaiante was rising to become the ‘winningest coach in college sports history,’ his son’s life was going in the reverse direction and these trajectories, like opposing magnets, are interwoven throughout the book. Most time is spent with Assaiante and the young men of Trinity’s 2008-09 season, as chapter by chapter the drama builds as to whether they’ll beat Princeton’s formidable team in the national championship. There are both physical and emotional lessons to be learned from these men from different countries and backgrounds, and it’s clear that their coach cares about them as young people with futures, not just players in the present. But time and again, I couldn’t help thinking—if Coach Assaiante had spent the time and effort with his son that he did with his players, would his son be in a better place? Clearly, the coach wonders this, too. But as we all know, family relationships are often much more complicated than even the intense four years a college coach spends with a player. Assaiante learns a lot from his players over time and is wise enough to admit to his mistakes, but it’s almost heart-breaking to see that his efficacy as a coach doesn’t translate into similarly winning results with a member of his family.

And yet it also struck me that Assaiante may be such a successful coach, and his son such a determined drug user, because they share a common trait. A predisposition for obsession­—“the domination of one’s thoughts by a persistent idea, image, desire….” Assaiante acknowledges his own obsessiveness in the book and quotes the novelist Steven Millhauser: “For what is genius, I ask you, but the capacity to be obsessed?” The elder Assaiante has used this capacity to its fullest, but as he describes the rewards, he is often haunted by the price he has paid for them. This extraordinary coach has helped hundreds of young men face up to their fears; with this book, he is courageously facing up to his own.

For full reviews of Run to the Roar, go here and here. To order the book, go here.

2 Responses to Obsession, Addiction, and reading a book about both